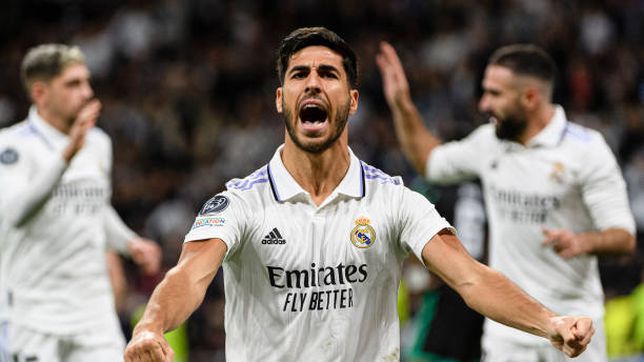 Real Madrid is living a complicated situation lately. And even if in the White House we refuse to talk about crisis, we tend to, and this, perhaps because of the performance of some players who have never been up to the mark, or others who have ended up getting lost along the way because of the constant pressure that is the daily life of the club of the Spanish capital.

If Carlo Ancelotti was predicting before the World Cup, it must be said that his fears have begun to be verified. Since well before the competition in Qatar, the Spanish technician had repeatedly said: “It’s a different season, to begin with, we do not know how the players will arrive from the World Cup.” But the truth is that this does not justify anything, since up to 13 players have tumbled, either because of this reason, or because they were injured, or because they are not fit, or because they do not fit into the plans of Ancelotti, so that they are no longer a valid alternative in such a busy season where the usual players can not do the trick, and the first is:

1. Dani Carvajal: Put on the bench by Luis Enrique during the World Cup, he was not in his element even with Spain and the coach opted for Marcos Llorente in his place for the round of 16 against Morocco. Upon arrival in Madrid, he again suffered from physical problems and in fact Ancelotti reserved him for the semi-finals. Against Barcelona, he confirmed what was expected.

2. Ferland Mendy: Even if he was not in Qatar, he is also a hole to fill. Against Barcelona he was not the worst, but he is still far from his best level and Carlo needs him, because it was seen that the alternatives do not improve it. He was singled out for his mistake on the Villarreal goal in the last La Liga match, but beyond the occasional mistake, what the coach needs is for him to find continuity and defensive solidity.

3. Antonio Rüdiger: the German is not the same player he was at Chelsea. Alaba’s injury gave him the opportunity to confirm his place in the heart of the back four in this Super Cup, but he was not as assured as expected.

4. Federico Valverde: The most fit player before the break, he has not been the same since his return from Doha. It was impossible for him to perform like he did in the first part of the season. More drawn to the right as in the Supercup final, he also loses influence and has more difficulty to exploit his qualities.

5. Luka Modric: The Croatian looks very tired. His World Cup was difficult, as Croatia went almost to the end and at 37 years old, he showed that he is human. Against Barcelona, we saw him suffer and he needs time to recharge, because his presence will be vital at the decisive moment.

6. Eduardo Camavinga: Ancelotti saw him as a solution at left back because of those first games after the World Cup to rotate the starters and give a boost to the midfield. But the bet proved unsuccessful, since both against Valencia and in the final against Barça, the Italian coach had him out at halftime. He has a lot of gas, but he does not find his place and has appeared somewhat inaccurate and anarchic.

7. Eden Hazard: He is one of the players who did not play a single minute in this Super Cup. Ancelotti said that after the World Cup he would have minutes like the rest of the players who remained in Valdebebas, but all that was reduced to his time in the cup against Cacereño and without trace. He also did not appear in the two league games that have been played since the return to competition, against Valladolid and Villarreal. He has disappeared again and it seems that there will be no more chances.

8. Alvaro Odriozola: If he had a few minutes in the Copa against Cacereño, he ended up injured. The feeling is that even if he recovers and despite Carvajal’s poor form and Lucas’ injury, Ancelotti does not see him as a guaranteed option at right back. He was on the exit ramp for this winter transfer window.

9. Jesus Vallejo: He only makes an appearance in extreme emergency situations. The fact that a World Cup is played in the middle of the season did not open the door for him to play more at Real Madrid. His contribution is limited to the 17 minutes Carlo gave him in the loss to Celtic in the last game of the Champions League group stage and the 39 minutes against Cacereño.

10. Mariano Diaz: One of Real Madrid’s most expensive recruits has played 25 minutes this season and the longest time he’s been on the pitch is the 11 minutes against Rayo in Vallecas looking for a desperate equalizer. He is not an option to get out of the rut even though we already knew that.

11. David Alaba: Injured, he has about four weeks before his return. He is a problem for Ancelotti, as he is a starter in central defense and an option in left defense with Mendy. He was injured after the game against Villarreal and did not travel to Arabia. He is one of the coach’s regulars and also arrives at this stage fresher since he did not participate in the World Cup in Qatar.

12. Aurelien Tchouameni: The Frenchman paid for his efforts at the World Cup, where he was the most used player by Deschamps, with a muscle injury. In Arabia, he lacks a defensive pivot since he took over the role of Casemiro since his arrival. Ancelotti tried Kroos or Camavinga in this position and even changed the system so that the absence of the former Monaco player would not be noticed, in vain.

13. Lucas Vázquez: He was injured in the semi-final against Valencia and also needs at least a month to recover. An important loss for Ancelotti given that he is a regular at right back when Carvajal is absent or needs rest.