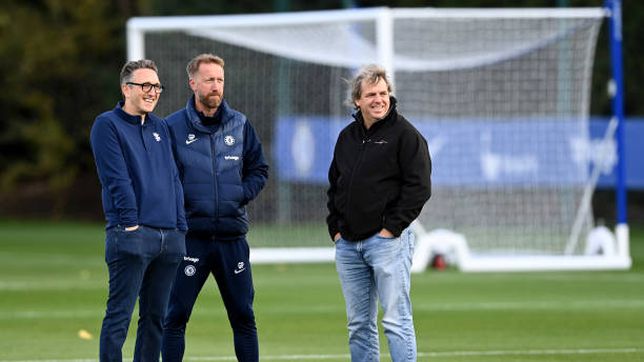 The winter mercato continues and Chelsea is one of the most active clubs. Since the Blues, who are in a not very comfortable situation, are doing their best to return to the top level. Thus, the club has already spent 425M€ on the transfer market. And if everyone started worrying about the Financial Fair Play, the Blues’ leaders are already ahead of the game.

Chelsea wants to return to the top of its glory and the method chosen to achieve this by the new president is to recruit players who can allow him to make results quickly. Thus, Todd Boehly has already spent 425 million euros since the beginning of the 2022/23 season, expenses that can have an immediate impact on the problem of financial fair play. However, in London, they already have a plan to ensure that the spending does not have an immediate impact on the coffers of the Premier League club.

Indeed, it is easy to see lately that the new trend at Stamford Bridge is to sign very long contracts (more than usual) so that the amortization of transfers is “favorable” to Chelsea and to avoid the financial fair play. The signing of Mikhail Mudryk is the latest example. Since Chelsea paid 100 million euros to Shakhtar for the winger, and he signed a contract for 8.5 seasons, very surprising especially in today’s soccer where everything goes very fast. Thus, the Ukrainian signed until 2031, and what may seem like an idea to “tie” a player of the present and future, goes beyond this simple sporting explanation.

And to explain this new trend, Calcio e Finanza, explains that in Italy, the contract of a player is limited to five seasons. In the Premier League, this is not the case, despite what article 18 of the FIFA Regulations on the Status and Transfer of Players states: “The minimum duration of a contract is from the date of entry into force until the end of the season, while the maximum duration of a contract is five years. Contracts of other duration are only allowed if they are in accordance with national laws”. And precisely these laws allow the exception in the Premier League.

That’s why, as you can see in recent times, or at least Todd Boehly’s takeover, Chelsea has signed most of its recent recruits (young ones, of course) on long contracts:

Badiashile has already made his debut with Chelsea.

Badiashile has already made his debut with Chelsea.

It’s all about “filling” the restrictions of financial fair play. Or rather to comply with them. But one of the most common questions these days is how Chelsea can spend so much without “jumping” the financial fair play? And to answer that, sports finance expert Kieran Maguire explains on Sky Sports News, “What Chelsea have decided to do is spread the cost of players by signing them on very long contracts.

However, this does not save the Blues as Kieran Maguire adds. Since, according to him, Chelsea cannot sign infinite players with this strategy, because with each transfer, the wage bill increases… and also the depreciation of the players, however small, accumulates (one on top of the other). Moreover, there is an obvious problem: Chelsea must qualify for the next Champions League to maintain its level of spending. So the mission is very clear, even if it seems almost impossible at the moment.