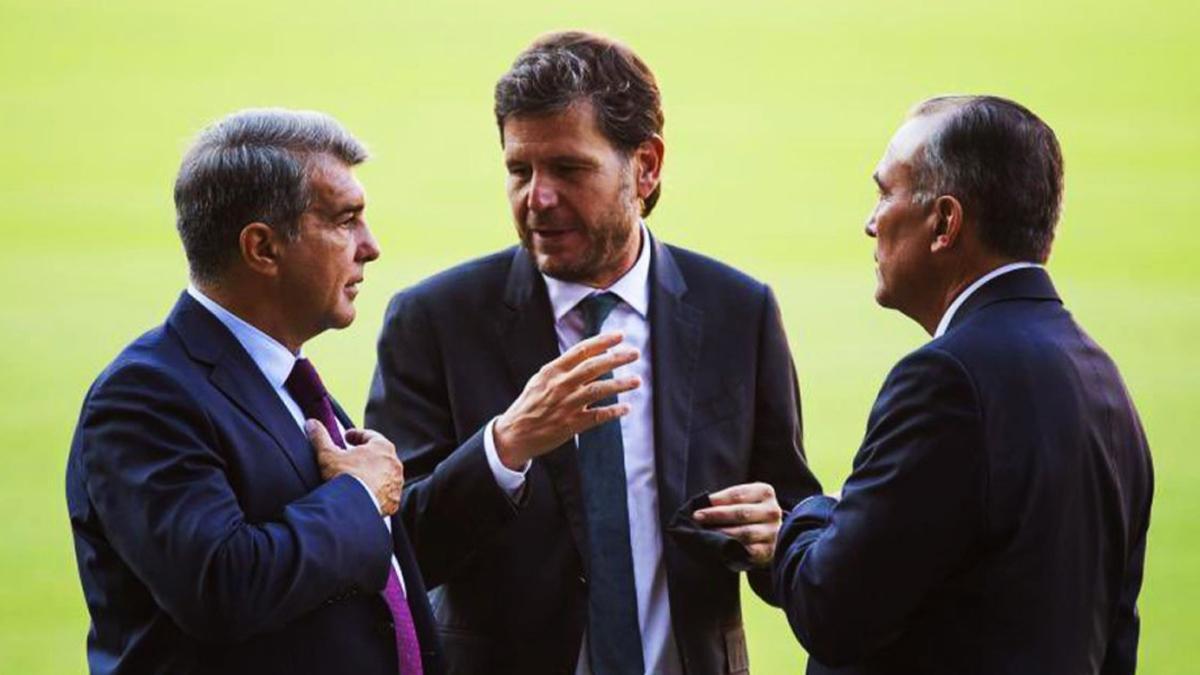 Barcelona is known in recent years as a very competitive club in the transfer market. Since in his quest to regain his glory, Joan Laporta is doing everything in his power to strengthen his squad. And even if he has already started winning, the manager wants more by solidifying himself further.

Barcelona has found the taste of victory. So, it’s a good thing that Joan Laporta and Xavi Hernandez want to keep it that way, even with 15 days to go before the transfer window closes. This means that Barcelona is sure to move this winter, and two reasons have led the technical secretariat to take these measures. First, it is urgent to register Gavi and Araujo in the first team and to renew Balde.

Indeed, these three players are currently in the reserve team. That is, unless their situation changes, they are convinced that they could be released at the end of the season. Losing Araujo and Gavi without compensation would be a disaster in terms of management. So we need to sign them and, to do so, create a space for fair play because, for now, there is none. So it’s a question of provoking the departure of a player. The second point is that in this market, the signing ratio is 1:1, meaning you take one player out and bring in another.

You have to get someone out for Araujo and Gavi, especially, to come in. In the summer, this rule becomes 4:1. A brake that will make signings very difficult, so we must take advantage of the current window to strengthen the team. And it is within this framework that in recent days, names have already appeared in the press. So it is clear that in defense Barça is listening to offers for Eric García. In the Premier League, he has cachet. Bellerín does not count either, but his contract ends and it is not easy to find the option to sell him in winter. In the middle of the field, there is no one who can leave. The only problem at the moment is the departure of Busquets, and if someone has to enter, it is the right time (to avoid the 4-1 rule).

In attack, three players have been identified: Raphinha, Ferran Torres and Memphis. The first two are in the window for whoever wants to sign them and make a good offer, which would be listened. The first has not made a difference and the second has faded. Being a striker at Barça requires something more. The case of Memphis is different, because his contract is coming to an end, he has not played and all parties are interested in an exit despite the fact that his performances have not been bad when he has had the opportunity. He may be the first player to leave, but we’ll have to keep an eye on him: there could be others.