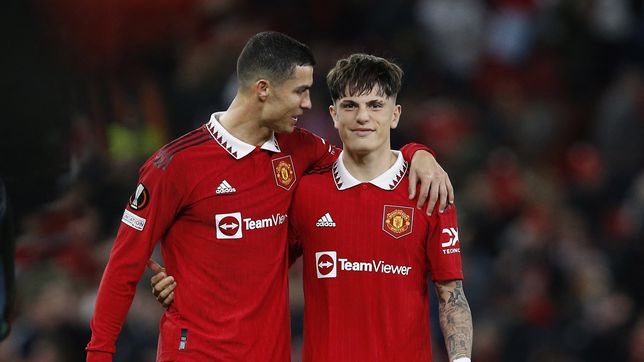 Alejandro Garnacho is one of the players whose name is much talked about in the ranks of nuggets. And if Ten Hag himself has decided to extend the young player of Manchester United, it is because he has a potential that the club wants to exploit to the maximum. Only, the player has another plan for his future, at least for now.

Young player who is already proving himself under Ten Hag at Manchester United, Alejandro Garnacho is a player whose contract expires in June 2024. It is therefore to keep him beyond this limit that the Reds Devils have already made an offer to renew. But this was rejected by the Spanish-Argentinian player, reports The Independent, which specifies the interest of Real Madrid and Juventus, who have already expressed interest in his signature. The player wants to leave Man U for the White House, like his idol Cristiano Ronaldo in 2009.

Indeed, the Manchester United striker has played a more important role in recent games, as seen in the Manchester Derby. Garnacho entered in the second half and revolutionized the game with an assist. That is, with him on the field, the Red Devils reversed the situation to win 2-1 against Manchester City.

And if his influence is great, his remuneration is not at the moment, since Manchester United pays Alejandro Garnacho £ 7,000 per week and the new offer would allow him to earn £ 20,000 per week, according to The Independent. The winger is the second to last player on the team’s salary scale, ahead of only one other academy player, Anthony Elanga, who earns £5,5,000 a week. Hannibal Mejbi, who is currently on loan at Birmingham, earns almost double that with a weekly salary of £13,000.

On the other hand, Real Madrid want Garnacho to add one of their future stars to their ranks and join Vinicius, Rodrigo and Endrick. As for Juventus, the Italians need a star player who can lead their project in the coming years. Without doubt, this is just the beginning and we will know very soon if he stays in Manchester or if he leaves for a new destination.